iPhone Tech Talk World Tour Coming To A City Near You

If you are an iPhone Developer or maybe an aspiring one, you can take part in the upcoming iPhone Tech Talk World Tour.

The tour will have Apple technology evangelists visiting cities around the world providing expert advice to developers on how they can maximize the innovative technologies of the iPhone Operating System for their applications.

The iPhone Tech Talk World Tour features a range of sessions for advanced developers who want to enhance the capability, functionality, and usability of their iPhone apps. You’ll dive deep into coding and design techniques that will help you take your apps to the next level.

If you are an iPhone Developer in Canada, there are a few close sessions to attend, which are marked in red below (additional details on venues below). 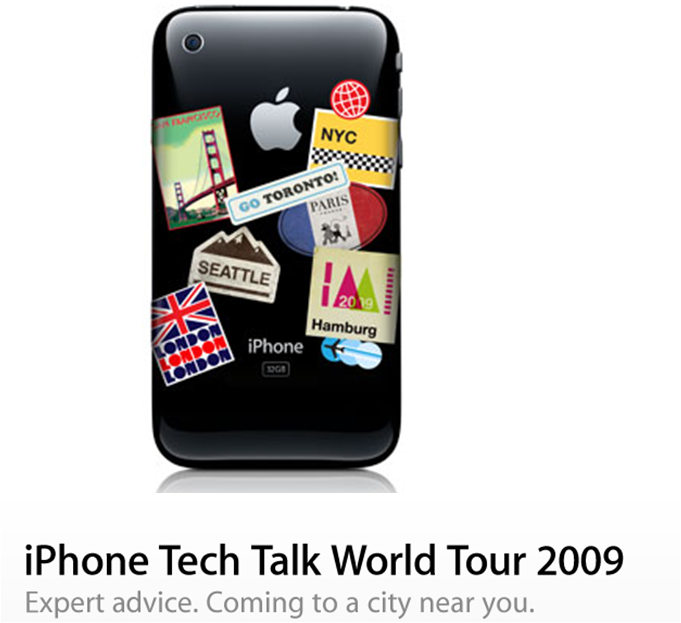