iPhone Thief Off The Hook Due To Privacy Laws 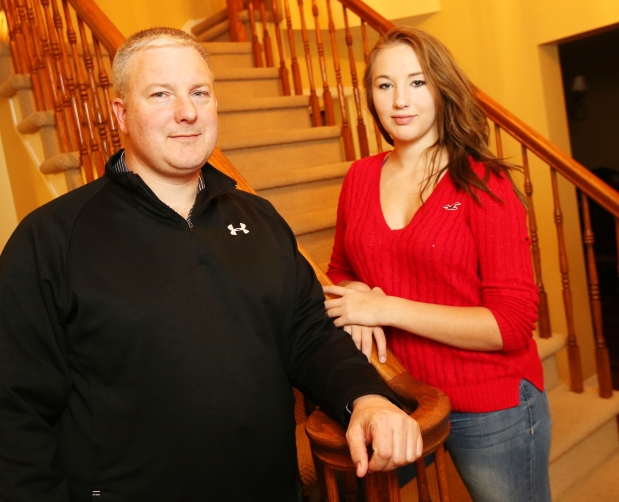 Kirk Darch bought his daughter, Katelyn, a brand new $900 iPhone 5 last summer for her 16th birthday. The iPhone was stolen from the mailbox of their Blossom Park home in late August, then sold by the thief. On the way out of her house, Katelyn, left the phone in her mailbox when she noticed her iPhone’s battery was dead.

Darch is more concerned about the thief that stole the iPhone from the mailbox then he is about the person the thief sold the phone to. Katelyn said she has a pretty good idea of who the suspect is, one of three male teenage acquaintances she ran into shortly after she left.

The Ottawa Citizen reports, police told Darch that the only way they can charge the culprit is if the person who bought the iPhone from the thief verified who it was.

Darch reported the theft to Telus and had the iPhone cancelled from his account. A short time later, he found out from Telus that the iPhone was being operated with a new SIM card by a new account holder. Telus told Darch, the cellphone was the one he reported stolen. Darch says he was then told to tell police that Telus has the information necessary to help the investigation, including name and address of the person using the iPhone.

Darch said that when the police contacted Telus, they were less than accommodating. Due to a federal privacy legislation, Telus told the detective that he would have to get a court order before they could provide any information.

As a result, police decided that it was not worth the effort to continue with the case. The case was closed. Darch, being angry at the outcome, said:

“(Telus) knows the phone belongs to me. I bought it. I bought it directly through them … They wouldn’t give the name of who currently had the phone to the Ottawa police.”

With the case being closed, Darch asked Telus to deactivate the phone. To his astonishment, Telus said “No, I’m sorry, we can’t do that. These people have a valid contract with us.”

“We respect our customers’ privacy and we take great care to safeguard their personal information, and that means we don’t turn customer information over without a court-ordered warrant. We’re not a judicial body. We can’t make a judgment on whether this phone was lost or stolen or given away, but a judge can.

There’s a line between shutting a phone off (and) giving customer info. We give info to the police through court order … We will work with our customer to help resolve it.

We’re not the bad guy in this. We regularly assist law-enforcement agencies in obtaining customer information they need for an investigation, but only when we’re ordered by court to do so.”

Darch was not impressed at all with the explanation.

“It’s just atrocious … that this company is basically blowing me off … They’re not acting in good faith, and it is just not morally correct.”

In an email sent on Thursday by Rogers spokeswoman, Patricia Trott, explains that Rogers takes the security and privacy of their customers very seriously.

“Our policy is that a properly executed warrant is required to disclose customer’s information to law enforcement. The only exemption to this strictly-enforced policy is in emergency situations where there is an immediate threat of bodily harm or death.”

In another email sent on Friday, Trott says that Rogers now uses an international database to keep track of stolen cellphones. If the phone is reported stolen, the service provider can take the phone out of commission even if the SIM card is replaced. Rogers says that they will provide police with the name and address of the person with the stolen phone if and only if it is on Rogers’ network. Police will require a court order to obtain any other information.

“Chiefs of police across Canada have been advocating to have our current laws changed to facilitate the sharing of this type of information from the service providers. However, new legislation dealing with lawful access has not been passed.

So we are left with the cumbersome and very costly processes to seek information such as the one in your case. The reality is that with the resources we have available, we have to prioritize our work based on solvability factors and seriousness of the offences.”

Bordeleau promised to have Darch’s file reviewed. Earlier this week, Darch was contacted by the dectective who has been assigned to this case, meaning they are going to restart the investigation after all.

The police plan to get a court warrant so Telus will be forced to give the name and address of the person who has Katelyn’s very expensive iPhone.

You can’t help to feel Darch’s frustration over Canadian privacy laws which, in his case, ignored him and has done a good job of protecting the thief.