iPhone Tops Flickr’s List of Most Popular Cameras of 2017

Flickr has today shared its annual list of the most popular cameras of 2017, with Apple’s iPhone topping the list yet again. According to the Yahoo-owned photo and video hosting website, iPhones remained the dominant camera models with 54% of the top 100 devices being named iPhone and “an almost clean sweep of the top 10 Devices of 2017, accounting for 9 our of the top 10 devices”. 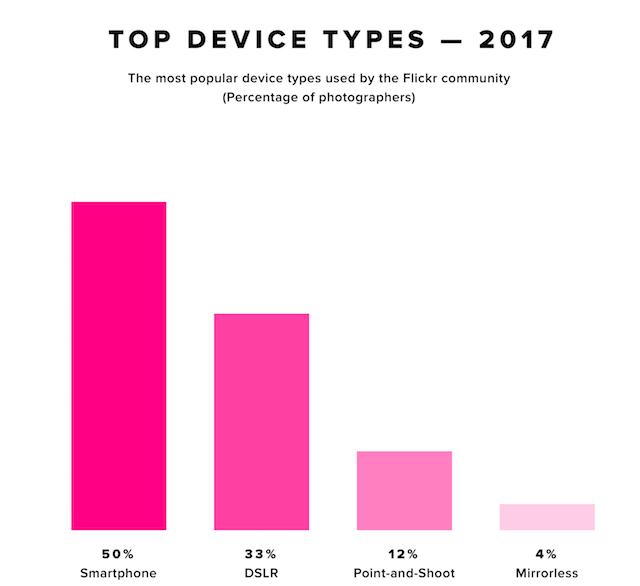 Overall, smartphones accounted for 50% of the photos uploaded to Flickr, up from 48% in 2016, with DSLR accounting for 33% and point and shoot for 12%. Mirrorless remained at 4% of total uploads for the third year in a row.

Canon’s 5D Mark III DSLR placed 9th in the Top 10 Devices on Flickr of 2017, whereas the iPhone6, iPhone6s, and iPhone5s were the most popular iPhone cameras respectively. Canon was also the second largest brand used by photographers on Flickr, responsible for 23% of the top 100 devices, while Nikon was the third most popular brand of 2017. 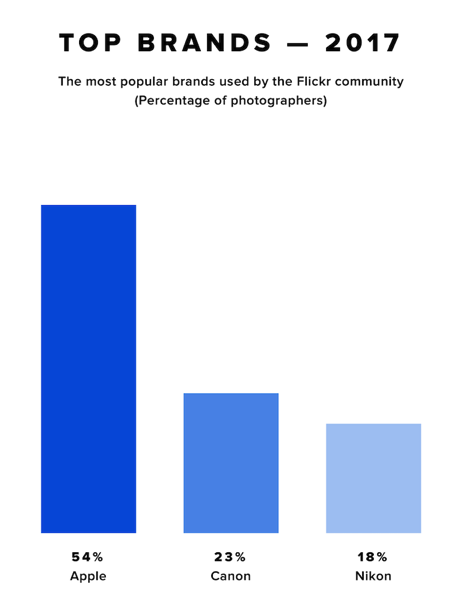