Apple remained the most popular smartphone manufacturer in the US, but it has lost a slight market share as the smartphone adoption rate increased between January and March 2014, the latest report from market research firm comScore reveals. 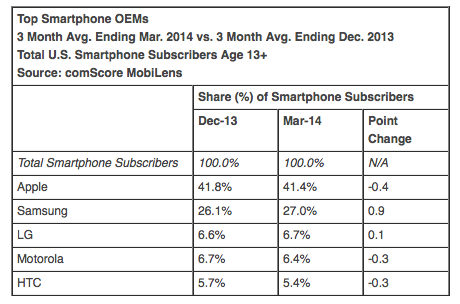 When broken down by mobile operating systems, Android continues to lead the list of most popular platforms with 52.2%, up 0.7% from December’s 51.5% of market share. BlackBerry, on the other hand, continues to lose market share: Its presence in the US dropped to 2.7%, down 0.7%, while Microsoft is slowly growing, currently standing at 3.3%, according to comScore’s March 2014 data. 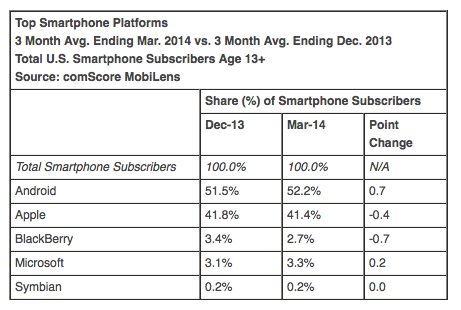 Smartphone adoption hit 68.8% in the US, the market research company has found, which means that approximately 166 million people in the country own a smartphone, up 6% since December.