Android has generated revenue of $31 billion, and $22 billion in profits, reports Bloomberg, citing an Oracle lawyer. The numbers were disclosed on January 14 in court when Oracle accused Google of using Java software without paying to develop Android. Quartz has taken the above numbers and compared them to the revenue generated by the iPhone. The result is amazing.

Assuming that the numbers – safeguarded by Google but disclosed by Oracle – are correct, Quartz has concluded that Android has generated less revenue during its lifetime than the iPhone in a single quarter. 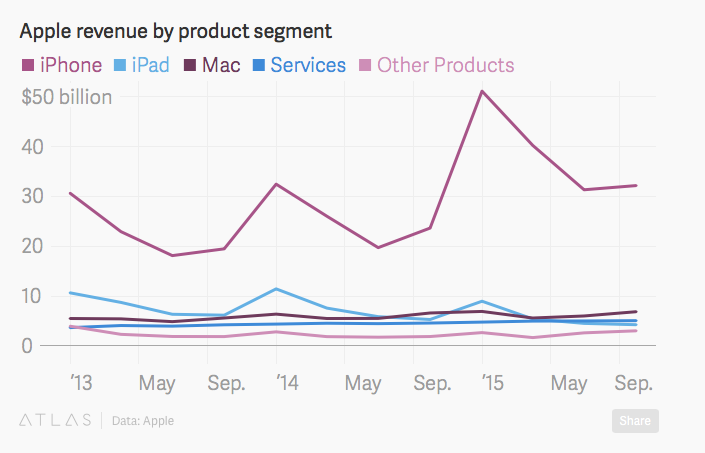 While this isn’t the most perfect comparison, because Apple makes money by selling its hardware, and Alphabet makes money off Google Play advertisements shown to Android users, it is still amazing that Apple’s devices generate more revenue than Google’s.

By the way, the aforementioned Apple revenue doesn’t include App Store sales, but a recently published App Annie report sheds light on that part of the story as well: While Google Play had twice as many downloads as the App Store, Apple still took 5% more revenue than its competitor.

Elon "Chief Twit" Musk on Thursday announced another move in his ongoing reform of Twitter, saying that the company will soon start telling users if they have been "shadowbanned" on the social network and providing them with an avenue to appeal the restriction. The news comes after journalist Bari Weiss published the second installment of...
Nehal Malik
12 mins ago