We’re starting to see more videos and demos of iPhone X units ‘out in the wild’, ahead of the smartphone’s pre-orders, which take place this Friday. 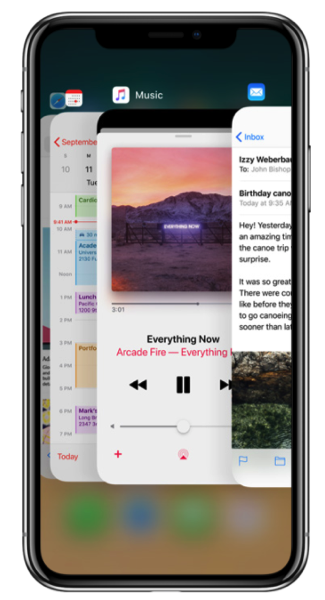 Yesterday we saw a YouTube vlogger share a hands-on of iPhone X at Apple’s headquarters, and now today we see a demo of how app switching on iPhone X “looks pretty smooth”, according to a video posted by @sdw:

As you can see in the brief video demo, switching apps just takes a flick of the thumb. According to some developers, you can swipe left and right on the home bar as well to switch apps, without the need to pull upwards.

With iPhone X being the first smartphone from Apple without a Home button, this is the new way you’ll be switching between apps. Previously, double-clicking Home or using 3D Touch (well, it’s coming back) was the way to switch between apps.

iPhone X pre-orders launch in Canada and other first-wave countries on Friday, October 27 at 12:01AM PT/3:01AM ET.

Click here to vote in our poll on which iPhone X model you will be pre-ordering.