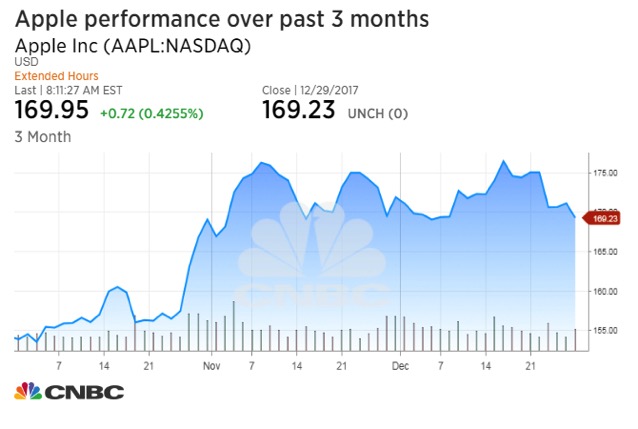 In a note to investors issued today, CLSA analyst Nicolas Baratte has claimed that despite a recent correction in investor expectations, iPhone X sales forecasts for the first-quarter of 2018 are “still too high”. The analyst adds that an iPhone X price cut could be an option for Apple in the new year if volume proves problematic.

According to the Wall Street firm, any Q1 2018 volume estimate over 35 million “will prove too high”, adding that the market may still be too bullish on Apple shares (via CNBC News).

“We maintain that 2017 fourth-quarter iPhone X volumes were at 30 to 35 million and we are very skeptical that volumes will increase in the first quarter of 2018,” CLSA analyst Nicolas Baratte wrote in an note Tuesday. “This does not reconcile with the expectation of pent-up demand or push-out to the first quarter of 2018 in our opinion: consumers who wanted to get an iPhone X in December 2017 already have it.”

On the other hand, Piper Jaffray has reiterated its overweight rating and $200 price target on the company on Tuesday following a recent survey of iPhone users. “Our survey of 400 iPhone buyers indicates that iPhone X and iPhone 8 mix is similar to our expectations, increasing our confidence in average selling price assumptions for the current quarter and FY18”, the firm noted.

Last week, Taiwan’s Economic Daily reported that Apple will cut its forecast for the iPhone X to 30 million from 50 million, citing unidentified sources, following which the company’s stock saw a 2.5% drop the very next day.