‘iPhone X’ to Remain in Severe Short Supply For a While, Says Kuo

Renowned analyst Ming-Chi Kuo from KGI Securities has claimed in his latest research note that Apple’s upcoming flagship ‘iPhone X’ with OLED display will remain in “severe short supply for a while” following its debut later this month, since the current production of the device totals less than just 10,000 units per day, MacRumors is reporting. 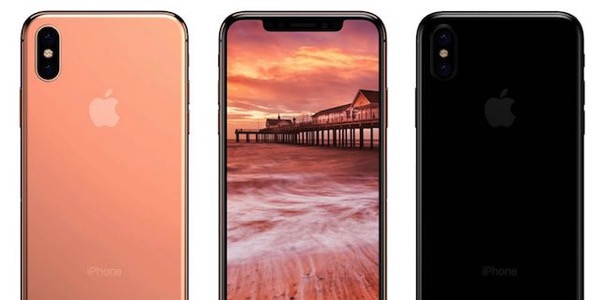 The analyst has also predicted that the “Blush Gold” coloured iPhone X will initially be available only in “extremely low volume”, since it has encountered some production problems. He continued that Apple may even introduce the blush gold coloured iPhone X at a later date, which means the black and white models may be the only two colours available at launch.

Below is an excerpt from Kuo’s latest research note:

“Due to component supply constraints, we estimate current production of the OLED iPhone at less than 10k units per day, which means the model will remain in severe short supply for a while. Furthermore, we estimate that the gold version of the OLED iPhone will encounter some production problems and will initially be available only in extremely low volume. There is even a chance that the gold version will go on sale at a later date than the other versions. However, we believe these shipment delays will have a limited impact on the shares of Apple and its supply chain members”.

Apple is expected to unveil the iPhone X, along side the iPhone 8, iPhone 8 Plus, Apple Watch Series 3 and a 4K capable Apple TV tomorrow at 10:00 a.m. Pacific Time at the Steve Jobs Theater in Cupertino.

Even though Sony's first VR headset took 8 months to sell a million units, the company is betting big on its next-generation PlayStation VR2 headset with an increased production plan, according to Bloomberg. Citing people familiar with the matter, the publication notes that Sony is planning to make 2 million units of the PlayStation VR2...
Usman Qureshi
16 mins ago

As reported by 9to5Google, Google’s new wired Nest Doorbell which appeared in the Google Home app last month has been leaked early in stores with availability expected later this week. The new Nest Doorbell was spotted in a Best Buy store, with the packaging saying “2nd generation” and “Wired” with a check mark, in white and dark...
Usman Qureshi
33 mins ago