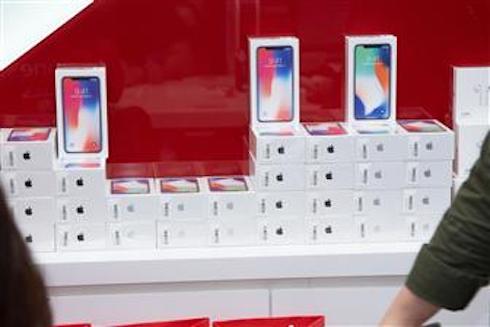 Citing sources from the semiconductor packaging and testing service industry, Taiwanese publication DigiTimes is claiming that shipments of Apple’s flagship iPhone X are estimated to reach between 30-35 million units in the fourth quarter of 2017. Furthermore, these shipments will either stay flat or drop slightly throughout the first quarter of 2018.

The sources pointed out that the pre-orders for the iPhone X in a number of markets such as Taiwan, the US and Singapore, are not as strong as expected, but they are seeing Apple Watch sales fare rather well. For 2018, the sources expect Apple Watch shipments are likely to reach 27 million units, higher than the previous’ forecast of 23-25 million.

Additionally, the publication is claiming that amidst iPhone X’s weak performance, rumours in the upstream supply chain are that Apple is planning three new smartphones for next year, with two featuring OLED displays and one with an LCD display, although the 3D facial recognition functionality or Face ID, will be available in all three devices.

The report says that Apple is planning to adjust its pricing policy for 2018 iPhones, and that it is already developing a prototype iPhone with support of pre-5G features.