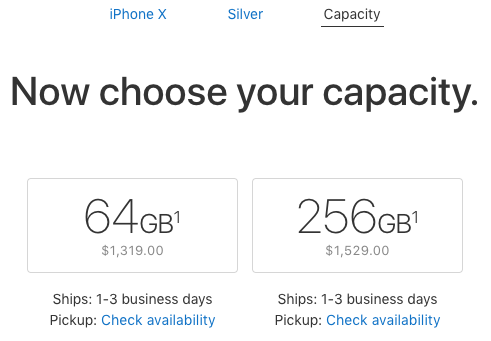 At the end of November, iPhone X shipping times improved to 5 business days, and now it’s down to 1-3 days, ahead of the Christmas and holiday rush. The change in shipping times are drastic compared to the 5-6 weeks estimate, minutes after iPhone X sales launched online over a month ago.

If you’re still looking for an iPhone X and want to use Apple’s Reserve and Pick Up system, the best way to do it is to follow this tutorial.