YouTube channel PhoneBuff is back with another speed test, this time putting Apple’s iPhone XR against Samsung’s Galaxy Note 9. 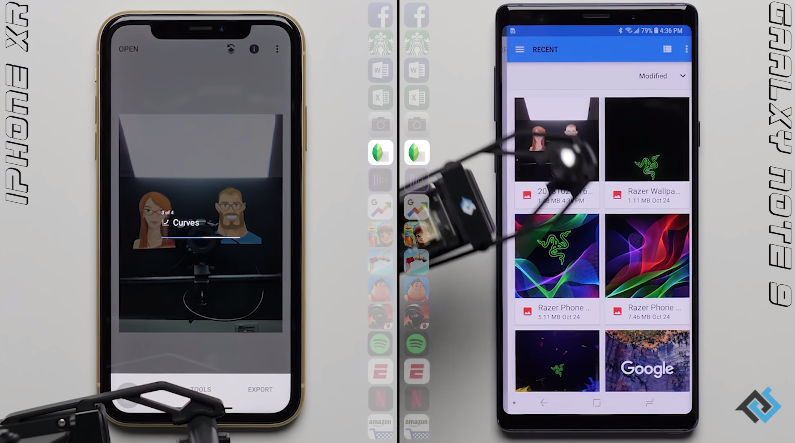 If you haven’t seen PhoneBuff’s speed tests before, they aren’t exactly real-world tests, but each device goes through a series of opening and closing apps. App launch speed and multitasking are put to the test and the first phone to finish two “laps”, wins.

The iPhone XR finished the first lap at 1 minute and 51 seconds, 14 seconds ahead of the Note 9. As both phones make their way into the final lap, the iPhone XR has the lead, but a slim one, as some apps such as Adobe Premiere fail to remain open in multitasking. This was the same issue with the last app, Facebook, allowing the Note 9 to catch up (it has 8GB of RAM versus 3GB for the XR) and eventually tie the iPhone XR at 2 minutes and 38 seconds (the iPhone XR won by 15 one-hundredths of a second).

These tests are interesting to see from an entertainment perspective. Even with ‘just’ 3GB of RAM, the iPhone XR with its A12 Bionic chip and iOS 12 is pretty speedy, taking on Samsung’s flagship device.