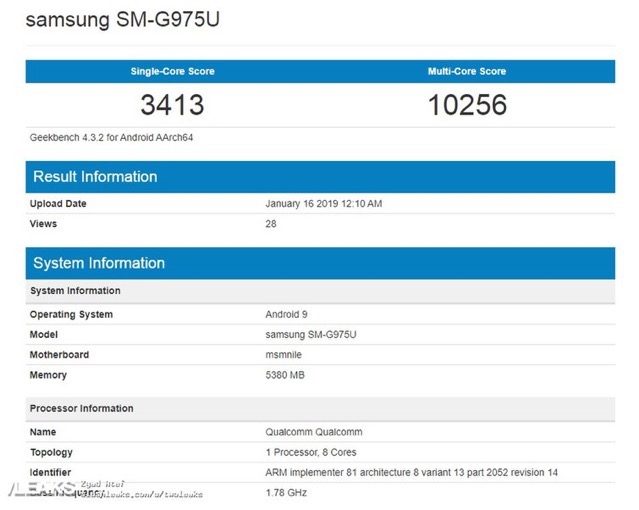 
This may change in the final version but, we are so close to release that it seems unlikely. The S10+ also scored under the Snapdragon 855’s reference device performance, which got an 11,196 multi-core Geekbench in our most recent test — still lower than the XS’ A12 Bionic.

A subpar flagship smartphone is certainly bad news for both Samsung and Qualcomm as the international version of the S10+ with less powerful Exynos CPU could fare even worse in similar benchmarks.

According to the most recent leaks, Samsung is planning up to four variants of the Galaxy S10 at 5.8-, 6.1-, 6.4- and 6.7-inch sizes. The cheapest could have a flat display, while the largest and most expensive may support 5G and carry a total of six cameras across the front and rear.