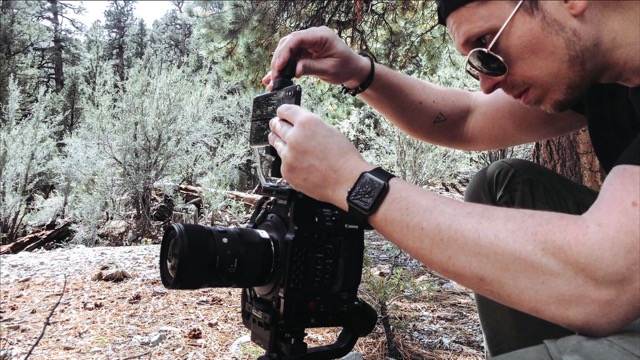 Professional photographer and filmmaker Ed Gregory recently picked up his new iPhone XS max and carried out a little experiment to compare the video quality of the latest iPhone’s camera to that of his $10,000 Canon C200 CINEMA equipment.

“I stripped back the C200 to the body the Sigma Art 18-35 f1.8 as this gave me a pretty similar focal length to the wide lens on the iPhone. I attached the iPhone XS to the top of the C200 and placed them both on the DJI Ronin-S (I can’t believe I actually got this balanced). I used the regular Apple camera app and spend an hour shooting to see what I could come up with.”

When Gregory viewed the footage on the small iPhone scene, they both looked equally impressive although the iPhone’s video fell way short when viewed on a 27-inch iMac. “Too much sharpening meant the details just got lost and all the leaves with details just got smushed together. The C200 still looked great”, he writes. 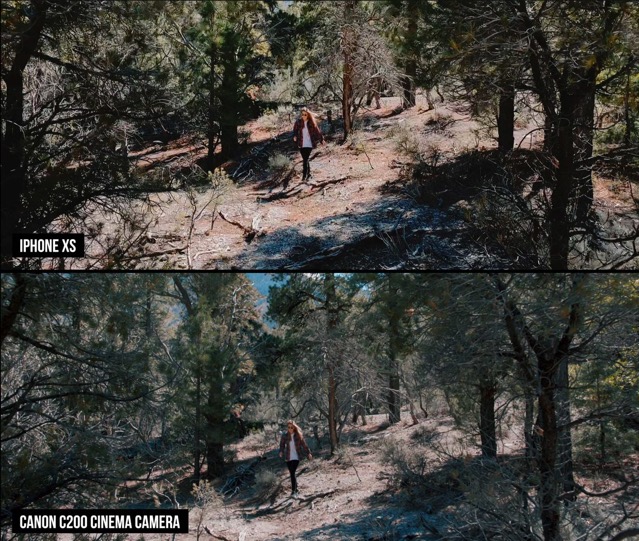 “The dynamic range, however, is super impressive. it’s able to keep the highlights on the bright sun while keeping details in the shadows. This is some crazy multiple exposure processing that’s been done. Considering this is all being done in real time in the palm of your hand. It’s super impressive.

In conclusion, the iPhone camera is a smartphone camera and always will be. It is incredibly small but to be honest give completely mind-blowing results.

Gregory concludes by saying that while the iPhone XS camera is not at all as good as a cinema camera, it certainly is the best camera he has ever seen on a smartphone.

Check out the results for yourself in the video below and share your thoughts in the comments section.