One of the most anticipated new features of the iPhone 4 is Apple’s so called Retina Display. During the 2010 WWDC Keynote, Steve Jobs went on to tell the audience that the new Retina Display output provides more DPI than the human retina can handle. Was he correct in making those claims?

Here’s what Soneira explained to Wired:

In his blog Bad Astronomy, Phil Plait (who has worked on calibrating the Hubble telescope before) breaks down and debunks Soneira’s claims that Jobs was lying. In essence, Soneira’s claim only applies to people with perfect 20/20 vision:

[Note: in the articles about all this, they used units of pixels per inch, whereas I’ve used the size of the pixels themselves. You can flip all these numbers to convert. The iPhone4 has a resolution of 326 ppi (pixels per inch). Soleira says the eye can resolve 1 / 0.0021 = 477 ppi. However, normal vision can see at 1 / 0.0035 = 286 ppi. So the density of pixels in the iPhone 4 is safely higher than can be resolved by the normal eye, but lower than what can be resolved by someone with perfect vision.]

So in my opinion, what Jobs said was fine. Soneira, while technically correct, was being picky. So I mildly disagree with him about that.

Still, the headline used by Wired.com was clearly incorrect; Jobs wasnâ€™t falsely advertising the iPhoneâ€™s capabilities at all. Iâ€™ll note that I like Wired magazine quite a bit, and what we have here is most likely just an overzealous editor. But a lot of people read the headlines and it taints their view; someone reading that article may be more likely to think Jobs, once again, has overblown a product to excite people. He didnâ€™t. 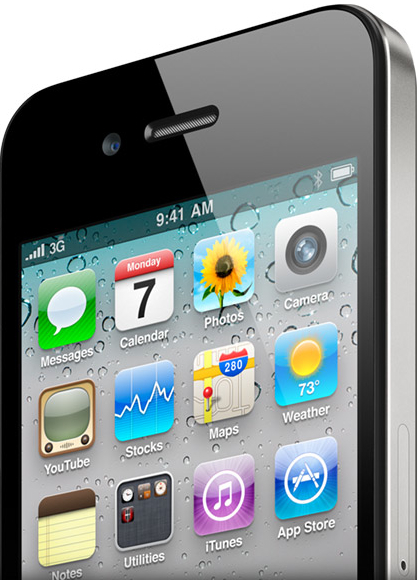 Did Wired and PC Mag jumped the gun with Soneira’s claims that the Retina Display is false advertising? Well, maybe, because it only applies to people with perfect 20/20 vision. Raise your hand if you have 20/20 vision–because I sure don’t! We’ll have to wait till the iPhone 4 is launched to find out some real life claims about the new Retina Display.