According to both websites, you’ll have to visit your nearest store to jump on the offer. Some stores have said it’s only for this weekend, but others have said it’s until October 10. We’ll update this post once we find out. 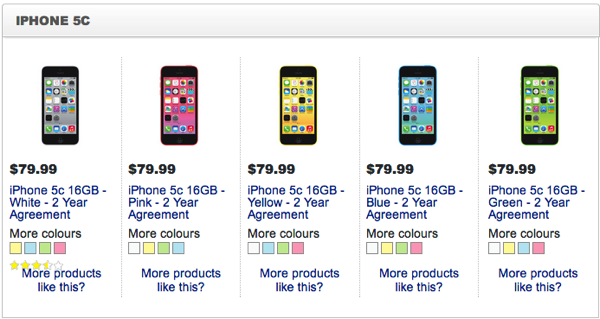 The iPhone 5s and iPhone 5c launched in Canada exactly two weeks ago. This is most likely the fastest sale we’ve seen on a brand new iPhone on contract. Clearly, Apple wants its major resellers to push iPhone 5c inventory, which is in ample supply (as its components are essentially based on the iPhone 5), unlike the iPhone 5s.

You can check out our hands-on videos of the blue iPhone 5c and the green model here. Let us know if you’re going to jump on this!