The report reveals that 3 in 4 users who own a smartphone have downloaded at least one mobile app. The report further reveals that app usage is significantly impacted by the operating system of the device.

On average, Smartphone users estimate they have 19 Apps on their device at any one time (the average number of Apps for a Tablet is higher at 25). The number goes up considerably among Apple iPhone users, who report five times more Apps than BlackBerry users (34 Apps versus 6 Apps).

As for app preferences, it looks like Canadians favour weather, games, and social networking apps the best.

How many apps do you have on your iPhone? 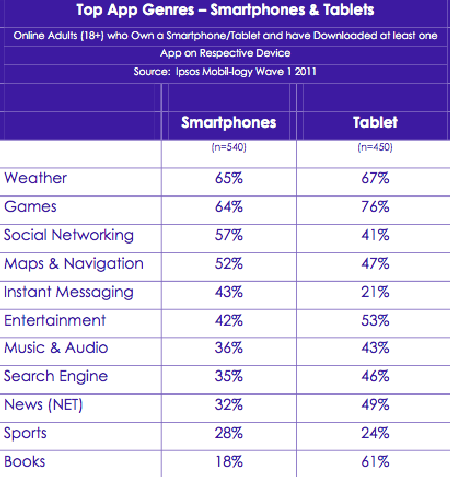