Apple has removed several Iranian apps from its app store this week in order to comply with U.S. sanctions against the country, in a move that drew criticism from Iran’s telecommunications minister. 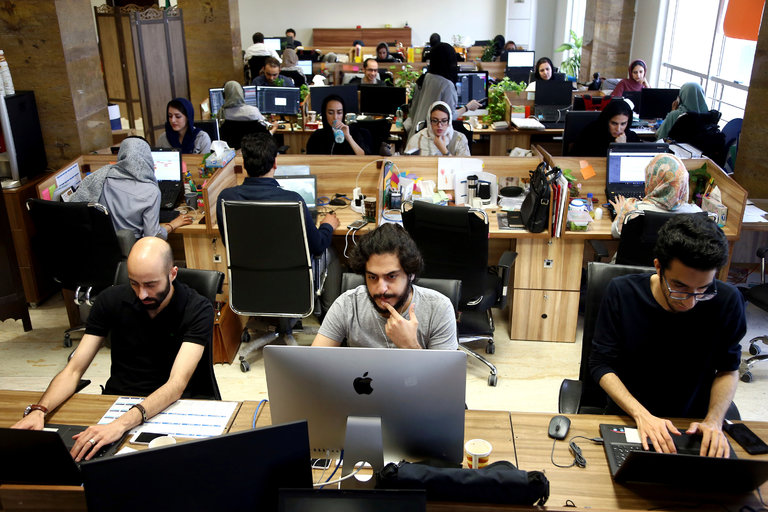 According to a new report from the New York Times,  Apple removed ride-sharing app Snapp, as well as apps related to online shopping and food delivery. Apple had previously warned Iranian developers last February to remove payment options from its apps given the U.S. economic sanctions.

“Under the U.S. sanctions regulations, the App Store cannot host, distribute or do business with apps or developers connected to certain U.S. embargoed countries,” Apple said in a statement to Iranian developers.

Mahdi Taghizadeh, a founder of DelionFoods, an online food delivery service, said his app was among those taken down.

“We work so hard, and have to fight all the time, and now this,” he said. “No one with an iPhone can download any of the popular apps any more. Imagine if in the U.S. you wouldn’t be able to get Uber on your phone.”

Due to the United States’ sanctions, Apple doesn’t operate any official business in Iran or have an Iranian App Store. However, millions of iPhones are smuggled in to the country and developers use other countries’ App Store to create and share apps.

The U.S. has levied a host of sanctions against Iran due to its nuclear weapons program. President Trump added additional sanctions last July, though it’s unclear if Apple’s decision to remove the apps is related to that development.