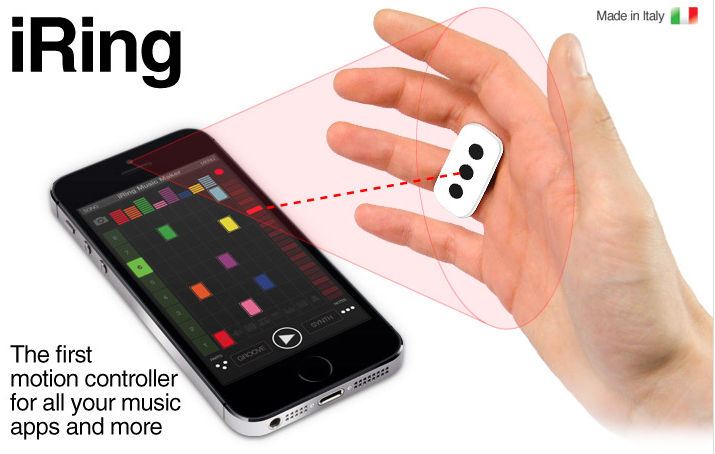 IK Multimedia has announced the iRing for iOS, a ring that can be used to control music apps running on your iOS device. The device responds to gestures you make using your hands and will perform a specific task depending on the gesture.

The iRing, which is supposed to be worn on your ring finger, is a double-sided ring that communicates with your device via the device’s camera. Simply move your hand up and down, left or right, or twist it around to control the action.

At launch the device will support music apps including GrooveMaker and VocaLive, and will expand in the future. Focusing on music apps gears the device toward professional DJs and music makers who use iOS devices to create and manage their music. The company is also encouraging game developers, health and fitness software developers, and other mobile app developers to take advantage of the technology. To learn more you can contact IK Multimedia from this link.

The iRing will launch in the first quarter of 2014 and will be priced at $25, however, you can preorder starting today. It will be available in white, silver, or green. The company will offer two of its own apps to go along with the iRing — iRing FX/Controller and iRing Music Maker — which will be available as a free download from the App Store at the time of launch.