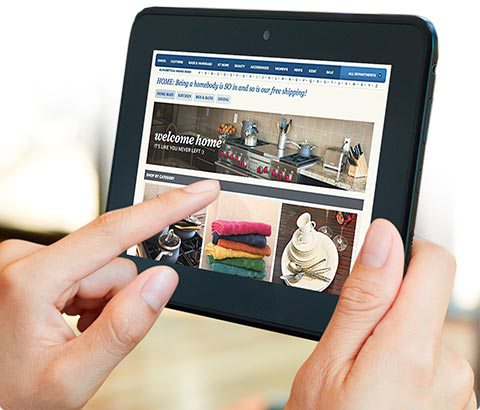 While Amazon’s current generation Kindle Fire HD has not yet landed in Canada, the company is rumoured to be working on a $99 version of its 7-inch tablet which will be shipping later this year, according to TechCrunch. If the rumour turns out to be true, Kindle Fire would be able to easily knock out the tail end of the Android-based tablet market with its $99 price tag.

The report claims that the rumoured $99 Kindle Fire HD will still sport a TI processor as well as a resolution of 1280×800 like the current 7? Kindle Fire HD. Earlier this month, Amazon announced a reduction in prices of its Kindle Fire HD 8.9? devices, signalling that the manufacturer may be attempting to clear out inventory ahead of a new model. Even though a $99 price may seem extraordinary, IDC Research Director on tablets, Tom Mainelli, says that such a thing “actually sounds reasonable”.

Mainelli explains that Amazon’s competition isn’t just the iPad, it’s all these low-cost tablets running Android. Over Black Friday and the holidays in particular, you could get a $199 HD tablet from Amazon, the slightly cheaper non-HD version, or you could buy a $99 (or even in some cases $79) Android tablet from relatively unknown manufacturers in places like Walgreens, CVS, Bed, Bath & Beyond, and elsewhere.

“The infrastructure is definitely in place for Amazon to go even lower,” Mainelli says. “If they can sell the product at roughly what it costs to build, that fits their long-term vision to make money selling you content on that device. It’s entirely possible – physically possible – to create a device that costs $99, particularly at the scale that Amazon would do it,” he adds.

Many industry experts claim that the Kindle Fire HD 8.9-inch is not Amazon’s most popular model, but the 7-inch HD tablet is.

Update:  An Amazon spokesperson has just told Business Insider that the company is not working on a $99 Kindle Fire HD tablet:

“It’s not happening–we are already at the lowest price points possible for that hardware.”

Spotify is launching a new Home experience that includes feeds for both Music and Podcasts & Shows, making it easier for listeners to scroll through the type of content they’re looking for. The updated Spotify home screen will make the experience more personalized while allowing users to dig even deeper into their recommendations. In the...
Usman Qureshi
10 hours ago

Snapchat is launching a new in-app parental tool called 'Family Center,' to help parents get more insight into who their teens are friends with on the social media platform. With Family Center, parents can find out who their kids have been communicating with, without revealing any of the substance of those conversations. "Our new Family...
Usman Qureshi
11 hours ago