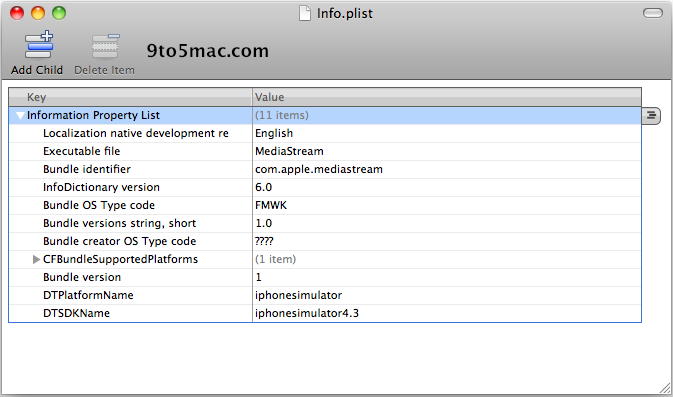 When Apple launched Ping, their social music network, people were interested for about one day. I checked out Ping and it was neat and all, but it’s safe to say Ping failed–miserably.

New evidence dug up by 9to5Mac indicates that Apple could be in the process of creating a new social network based on media sharing.

Hidden deep in the iOS 4.3 file system is a new folder titled â€œMedia Stream.â€ Within that folder is some information about â€œPhoto Streaming.â€ From the looks of different alerts and plists, it appears that Apple will let iPhone users set up â€œPhoto Streamsâ€ that friends could â€œsubscribeâ€ to. Also, it looks like there will be some privacy preferences related to this, so you can choose who is allowed to view your â€œStreams.â€

It’s too late for Apple to join the social networking game. Facebook’s lead is far too great. Maybe Apple is trying to take the route like Instagr.am? Nevertheless, I don’t know how many more social networks we can possibly join.

What would make sense would be the release of a native iOS messaging application, similar to BBM for the iPhone. FaceTime is already there, we just need a decent chat application, that is tied in with our Apple accounts. There have also been rumours of Find my Friends coming to iOS.

Are you still using Ping? Is the need there for a native iChat app for iOS?