If you logged into iCloud.com earlier this morning using Safari, you may have noticed a little banner near the top of your browser. That banner may be a future feature coming to iCloud.com users. From the brief glimpse, it looks like the banner represents notifications, similar to how notifications work in iOS.

At this time the feature seems to be in testing mode, as the message has placeholder text and is no longer visible. As seen in the screenshot, the notification had the following text:

“English – This is test message description.”

Earlier this year Apple announced iOS-like notifications coming to Mountain Lion, Apple’s upcoming Mac operating system. This iCloud.com feature could be an extension of that. 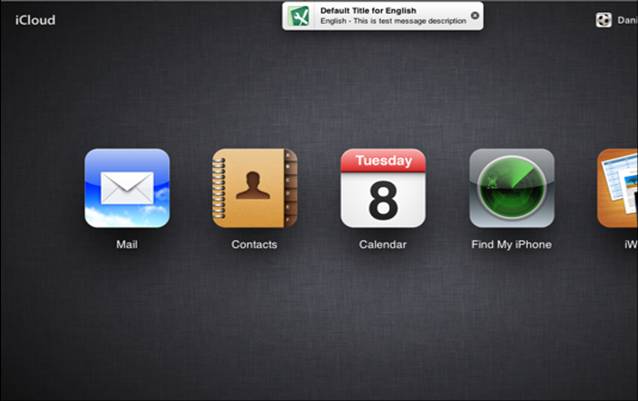 Thanks DM for the screenshot! 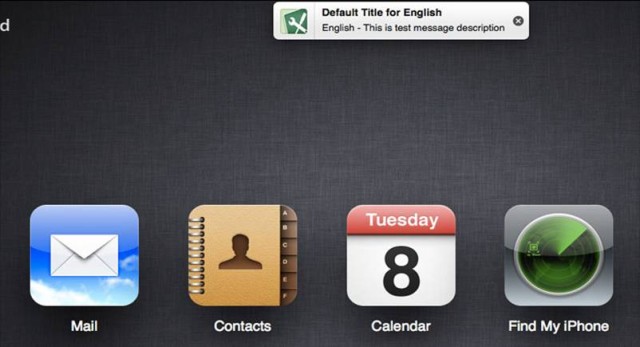