Is Swype Coming To iOS 7 As VP Confirms Talks With Apple?

Aaron Sheedy, the VP of Swype at Nuance, has confirmed on Reddit today that the company is in talks with Apple to bring Swype’s typing technology to iOS in the future. It is likely that Apple may work with Nuance and utilise their revolutionary Swype keyboard technology to develop a completely new typing experience, possibly for the upcoming iOS 7 update. 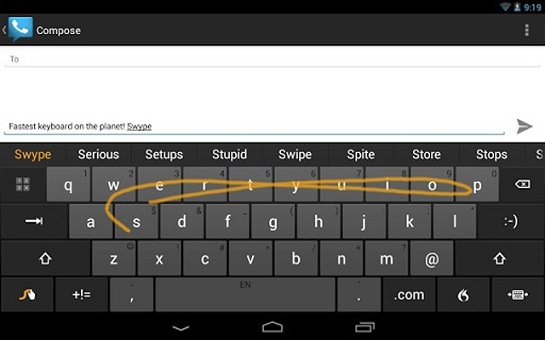 Sheedy confirmed the talks during an “ask me anything” (AMA) thread on Reddit. Below is the question one Redditor asked Mr. Aaron:

“I was curious as to whether you’ve ever had any contact with Apple. Any conversations to see if they might have been interested in licensing your technology?”

“Hah. The million (ok billion) $ questions. Yes, we have chatted with them, they are very smart and nice”.

Of course this does not in any way suggest that Apple has made any commitment with them, it does reflect that the chats between the two companies went well.