A couple reports surfaced recently claiming that Apple is about to release a new beta of iOS 6.1, which could be the golden master build, meaning the software is ready to go public. 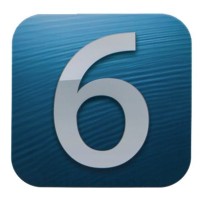 As we previously reported, there have been four betas supplied to developers up until now, with the first one arriving on 1 November, 2012; the second 11 days later on 12 November; iOS 6.1 beta 3 was published on 3 December; and the fourth beta was released on 17 December, 2012.

Also, we must note that the updates were mostly minor, focusing on Apple’s Passbook app, iCloud security and, for developers, an enhanced Map Kit framework, suggesting that Apple is working on improving their two latest apps, Passbook and Maps.

This Monday there will have been four weeks since the latest iOS beta, so it is likely that Apple will push out another, which doesn’t necessarily mean the GM version, as with iOS 5.0 Apple seeded nine betas, while iOS 6.0 took five betas to take the current shape.

Long story short: the release of iOS 6.1 has already taken longer than expected, but we must note here that iOS 5.1 took 100 days (like iOS 6.0) to get its final shape, which was updated two months later. Another side note: Scott Forstall has left Apple, and the Maps app isn’t up to Apple’s standards.

So, can developers expect a new beta tomorrow? The sources cited by iFun.de say we can.

Apple has just published a new feature on how Chicago Lighthouse's 'Photography for All' program is using Apple technology to teach photography to teens who are legally blind or have low vision. Photography for All is part of the city’s One Summer Chicago youth employment initiative, which provides people ages 14 to 24 with internships...
Usman Qureshi
14 hours ago

Less than four months after launching the product publicly, Snap is discontinuing the development of the Pixy flying selfie camera drone as it adjusts its product plans during the economic downturn (via CNBC News). Citing people familiar with the matter, the report was initially published by The Wall Street Journal, noting that the decision was relayed to...
Usman Qureshi
15 hours ago