The Japanese retailer, Moumantai, which has already leaked some of what they claim to be the components of the iPhone 5S, have published photos of both sides of an alleged iPhone 5S part.

To identify these parts pictured above, Nowhereelse.fr used the images iFixit posted about the iPhone 5 teardown. As they point out — and you can easily identify in the image below — the leaked part carrying the part no. 921-0345-05 was spotted on the iPhone 5 motherboard, and it was related to one of the handset’s two camera flashes. 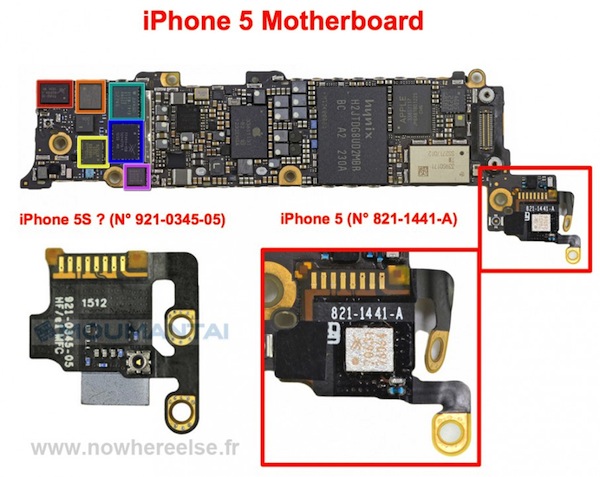 A quick search, though, revealed that the component found on the iPhone 5 motherboard and identified as part no. 821-1441-A, is the backlight module of the iPhone 5.

A comparison of the two components reveals small design differences indicating that the part leaked today is most likely intended to equip a next-generation iPhone. It remains to be seen which one.