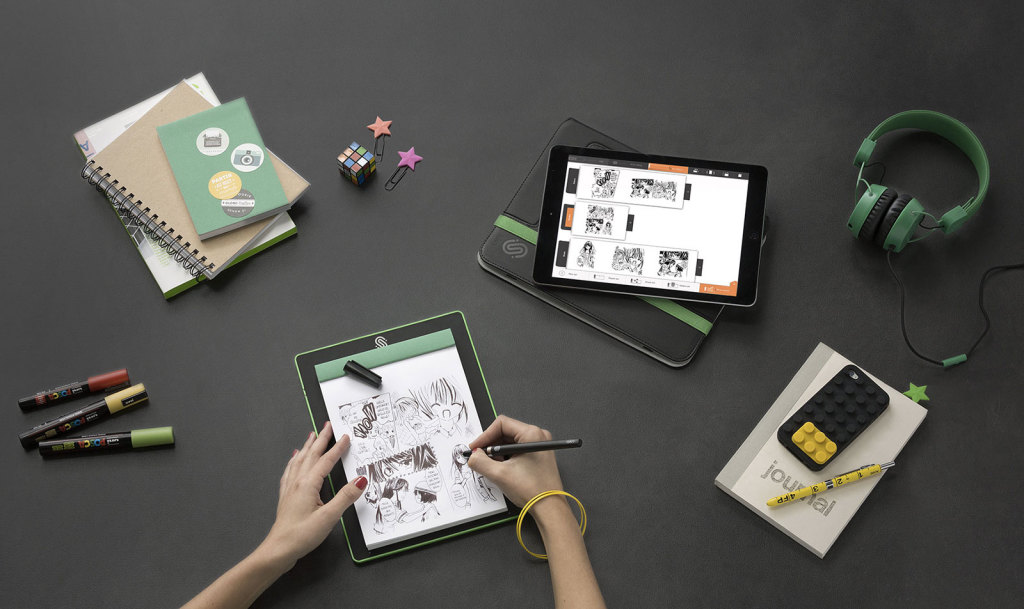 At CES 2015, iSketchnote has unveiled its iPad note digitalization product. The device gives users the ability to automatically transfer notes and sketches drawn with a real pen and paper into digital files that can be viewed on an iPad.

The digitization of the notes is handled by the “Slate”, which is a Bluetooth-enabled writing platform. The Slate allows users to place any piece of paper or notebook on top and write as they normally would. 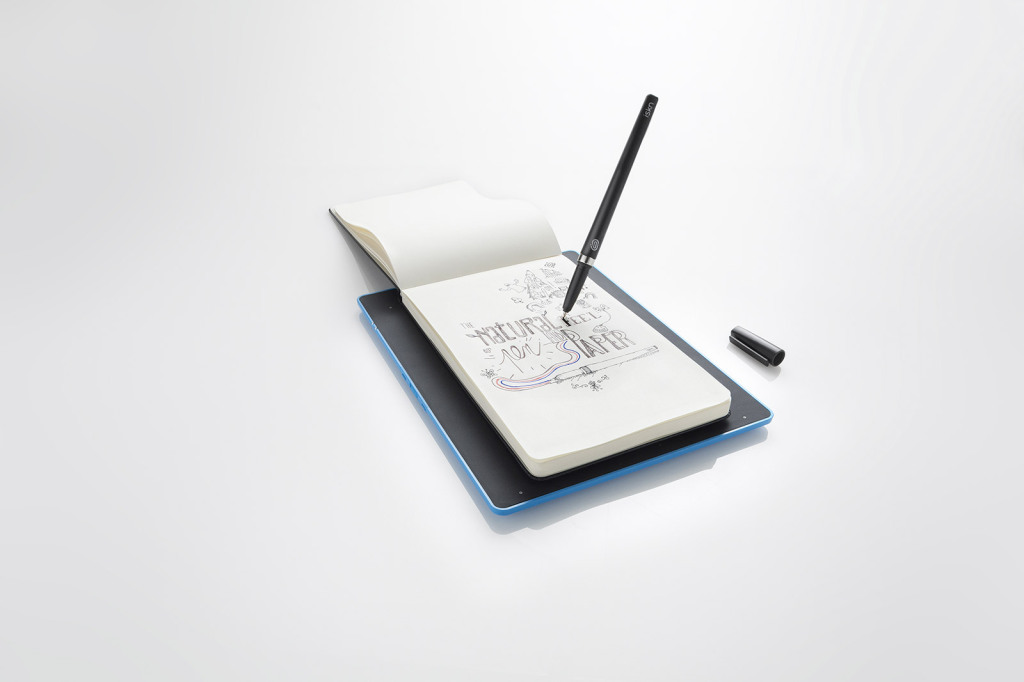 The Slate has a non-slip writing surface that is scratch-resistant and weighs less than 14 ounces. The device provides up to 10 hours of battery life, supports a micro SD card, and charges using microUSB.

Once the user’s notes and sketches are digitized, they can access them directly on their iPad using the free iSketchnote app. The app allows users to customize the pen tip colour along with the ability to generate layers for advanced drawing. iSketchnote allows you to share your creations with your friends.

The app contains a video replay feature that allows you to see any changes that were made to your work by a friend. The company is also offering pens that are optimized for the Slate and paper. The pens will be available in red, blue, and black with refillable cartridges.

iSketchnote is offering the Slate, two pens, and a kickstand-enabled cover for $179.99. The device is compatible with the iPad 3 and later as well as all versions of the iPad mini. The iSketchnote pack is up for pre-order starting today and will ship later this year.