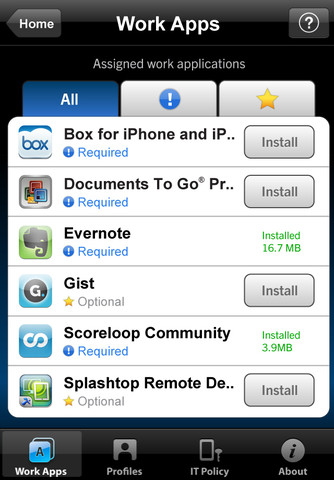 According to numerous IT directors such as John Turner from the accountancy network BDO LLP, the iPhone is now as secure as the BlackBerry, reports the Tech Republic:

John Turner, IT director at accountancy network BDO LLP, said that after years of being a BlackBerry shop he could no longer see any reason not to let his 2,500 staff use Apple iPhones at work.

“The differentiation in the corporate world used to be security, but that has been significantly eroded to the point where it’s gone away now,” said Turner at a roundtable event organised by disaster recovery specialist Sungard Availability Services.

“I’ve satisfied myself that Apple is there or thereabouts [when it comes to corporate security], I think that Apple have caught RIM up.”

Specific security features being cited included the Apple’s use of 256-bit hardware-based encryption for info stored on the device, extensive VPN support, and more centralized control provided by third party management software, plus the screening of apps from the App Store leading to less chances of vulnerabilities spreading.

Turner noted pressure from staff to jump on the BYOD (Bring your own device) trend had them reconsider BlackBerrys as their only devices. With the iPhone 5 set to have a monster debut this week, more and more enterprise employees will be hoping to use their devices at work. It looks like the security advantage RIM long held over Apple has now eroded.

RIM announced last November they would support iOS with their Mobile Fusion, and later launched an app in the App Store this April.

Has your work switched away from the BlackBerry to the iPhone?