Apple has released iTunes 10.5.3 with support for the new iBooks 2 app allowing iOS users to sync their textbook purchases as well as support for the updated iTunes U program. The new version of iTunes is available for Mac OS (102.15MB) and Windows (66.11MB -32Bit , 67.98MB-64Bit) from Apple’s website. Read the full release notes after the break. 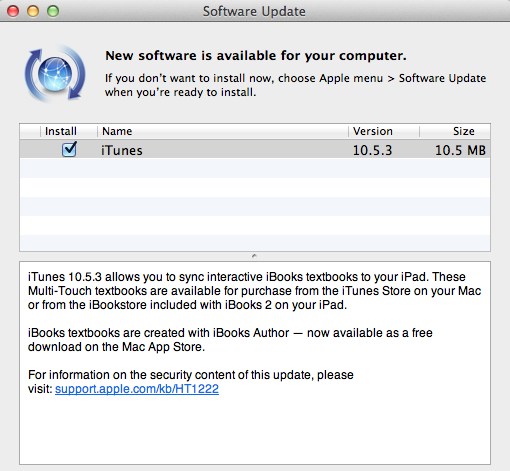 iTunes 10.5.3 allows you to sync interactive iBooks textbooks to your iPad. These multi-touch textbooks are available for purchase from the iTunes Store on your Mac or from the iBookstore included with iBooks 2 on your iPad.

For information on the security content of this update, please visit: support.apple.com/kb/HT1222