Apple has just released iTunes 10.5 via Software Update (some may not see it yet), in preparation for the release of iOS 5 and iCloud tomorrow. The specific release time (either morning or afternoon) is unknown, but just keep your eyes and ears peeled here. 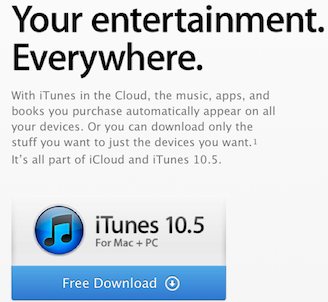 iOS 5 will be available tomorrow, just a couple days before the launch of the iPhone 4S. Some pre-orders from Apple have already arrived around the world.