Not much to say here other than a plethora of bug fixes and improvements in the latest update of iTunes, version 10.6.1., and should work fine with your jailbreak.

• Fixes several issues that may cause iTunes to unexpectedly quit while playing videos, changing artwork size in Grid view, and syncing photos to devices.

• Addresses an issue where some iTunes interface elements are incorrectly described by VoiceOver and WindowEyes.

• Fixes a problem where iTunes may become unresponsive while syncing iPod nano or iPod shuffle.

• Resolves an ordering problem while browsing TV episodes in your iTunes library on Apple TV.

You can find iTunes 10.6.1 via Software Update on your Mac. 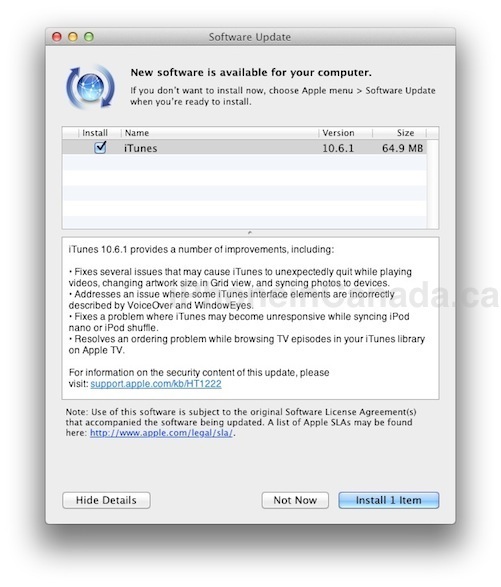