We’re onto Day 10 of the iTunes 12 Days of Christmas and today’s offering is the game Hell’s Kitchen, starring the short tempered chef, Gordon Ramsay. Here’s the iTunes description:

You and a friend can experience the show’s pressure-cooker atmosphere simultaneously! Now blue-tooth enabled, battle head to head in an arcade style kitchen challenge!

Hell’s Kitchen Vs. is based on the U.S. TV phenomenon where world renowned Gordon Ramsay puts aspiring chefs through rigorous tests. The game recreates the show’s pressure-cooker atmosphere as two teams of players (Red VS Blue) are put through culinary challenges- as Gordon Ramsay scores and comments on performances.

– Two New Game Modes: Wireless multiplayer versus (via Bluetooth) & Single Player Arcade Mode
– Compete against friends: Sabotage your opponents by crossing over to their side of the kitchen to steal their ingredients.
– Ease of use: Tap the screen to grab ingredients and slide your fingers across the screen to drop them into pots or the stove.
– Customizable match options for all levels of players (recipe difficulty, amount of tickets…)
– Gordon Ramsay’s acerbic commentary throughout the game experience. 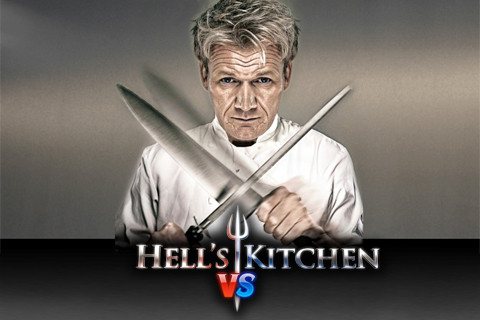 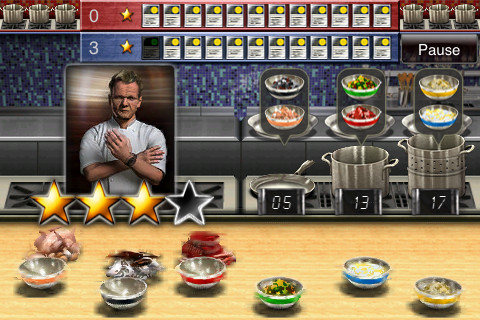 The game comes in at 23.9MB and you can wirelessly challenge a friend via Bluetooth, alongside the single player mode. It’s essentially living out the reality show but on your iPhone, along with Gordon putting you down along the way (SHUT IT DOWN!). Which team are you on? Red or Blue?