Another day, and another download from the annual iTunes 12 Days of Christmas. Yesterday, we received free downloads of Coldplay. Today, we have five free TV pilot episodes from Entertainment One Television: 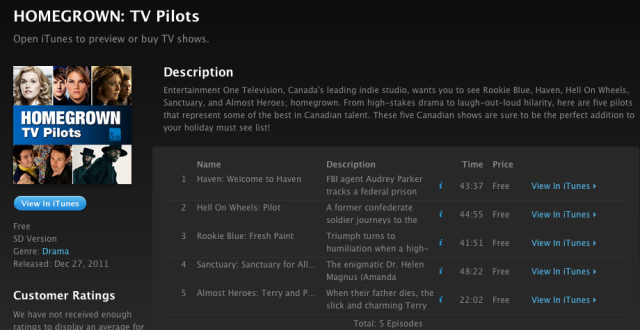