iTunes $60 Multipacks On Sale for 20% Off at Future Shop

If you are looking for a discount on iTunes Cards, Future Shop currently has their $60 multipacks on sale for 20% off, at $48. The offer is not available online but is in-store only. 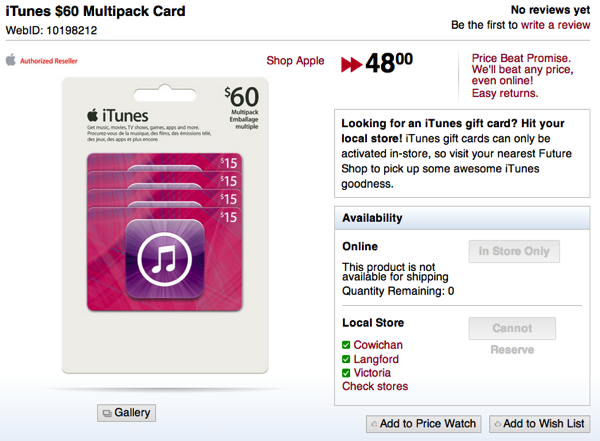 By funding your iTunes Account with 20% off cards, all of your purchases from the App Store, Mac App Store, iBookstore and iTunes will be at a discount. The sale goes until August 15. Let us know if you’re going to jump on this!