Canadians love their iDevices. The iPhone 4 launched at the end of July and people are STILL lining up overnight to get their hands on one. Extreme shortages + a “must have” Apple device usually results in people going to the extreme.

Canadians also love Canadian iPhone apps. Apple has recognized this and in iTunes Canada, there is now a section titled Great Canadian Apps. If you’re looking for notable Canadian apps (29 apps total)–this section has them all. If you’re a Canadian iPhone developer–you either want to get listed in this section, or on iPhoneinCanada.ca (contact us!). 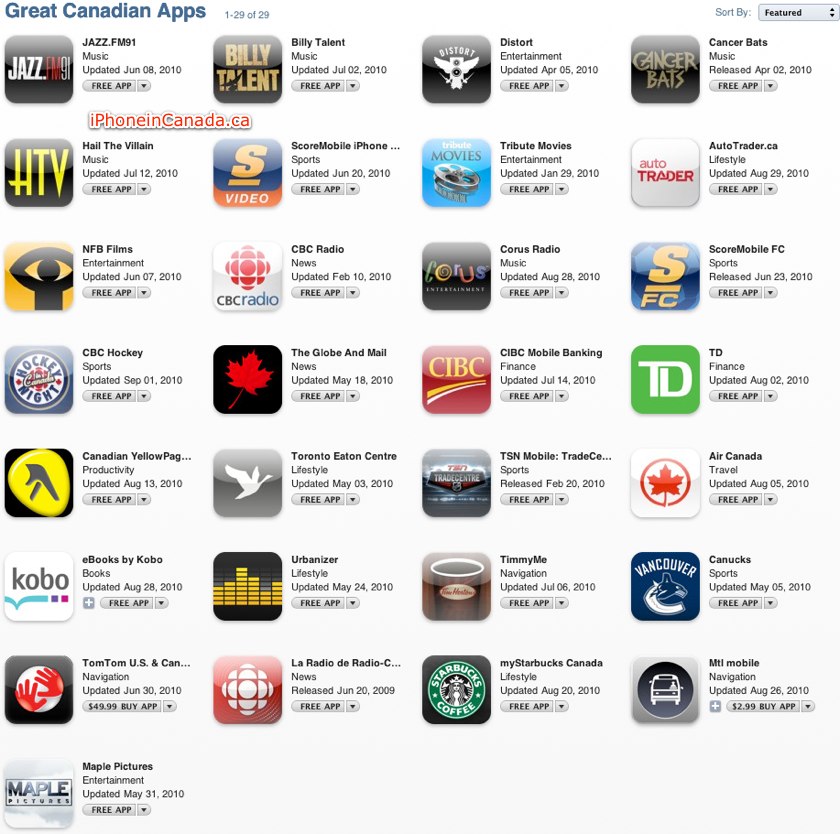 Click here to launch the Great Canadian Apps section in iTunes. What Canadian apps do you think are missing from this list?

Thanks to half_pint for the heads up!