The sale also extends to Costco.ca, however there is a $5 markup (most likely to compensate for shipping), making them $84.99. 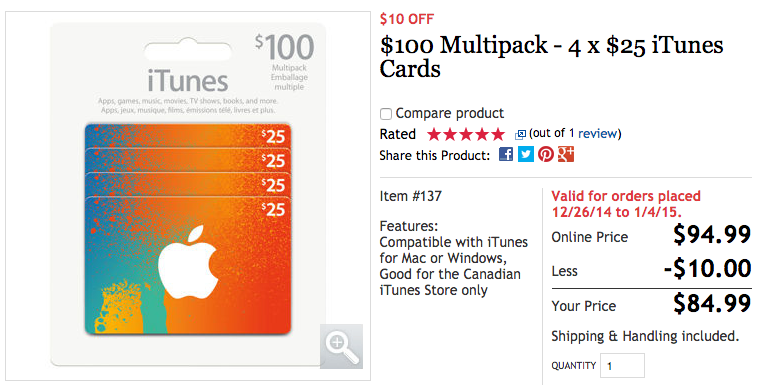 By funding your iTunes Account with these discounted cards, you save 20% off digital purchases from Apple, such as apps, media, books, in-app purchases and more (you know, like gems for Clash of Clans).

The sale goes until January 4, 2015. Let us know if you’re going to pick up some cards!