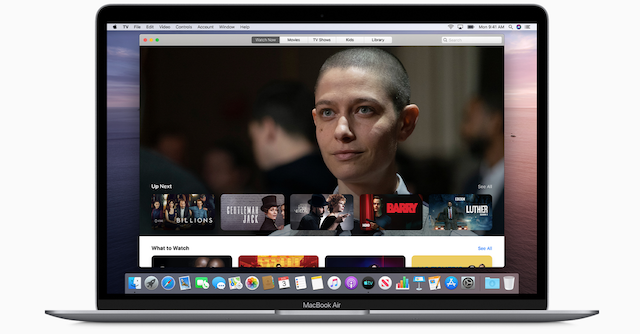 Earlier this week, Apple previewed the upcoming macOS 10.15 Catalina which replaces iTunes with its popular entertainment apps i.e. Apple Music, Apple Podcasts, and the Apple TV app. Today, the company has created a new support document to answer all the questions related to the upcoming iTunes changes in macOS (via MacRumors).

One of the most frequent questions concerns device management and syncing, which is currently done through iTunes. In Catalina, Apple is transitioning device management functionality to the Finder app, and when you plug an iOS device into your Mac, it will be listed as an available device on the left side of the window, with all of the same controls and information.

Similarly, any TV shows and Movies that you’ve purchased or rented from iTunes will be listed in the upcoming Apple TV app and it will also be used for future purchases and rentals.

Apple notes that all of your subscribed podcasts will be transitioned over to the new Podcasts app, whereas audiobooks will be accessible in the Apple Books app for Mac.

You can get more information by visiting this link.

WhatsApp has announced a new feature that allows users to create and send a call or chat link to anyone on WhatsApp, even if they’re not in your contacts. The company shared the news in a tweet posted earlier today, suggesting that you can simply add the link to an invite or send in a...
Usman Qureshi
2 mins ago

As noted by the folks over at MacRumors, the latest iOS 16.1 update brings live sports scores and other real-time activities to iPhone 14 Pro’s Dynamic Island. For those who haven’t upgraded to iOS 16.1 yet, it introduces a new Live Activities feature that allows iPhone users to keep tabs on are happening in real-time,...
Usman Qureshi
14 mins ago

India is pushing smartphone manufacturers to support its proprietary navigation system, Navigation with Indian Constellation (NavIC), on all new smartphones sold in the region by January 2023. However, Apple and other smartphone makers are concerned about the added cost and components of making the change — reports Reuters. NavIC is India's own alternative to the widely...
Nehal Malik
15 mins ago