Apple has changed the maximum amount Canadians can send each other via iTunes Gifts from $100 to $50, as noted on their website:

It’s easy to send iTunes Gifts for any occasion. Because you can buy them on the iTunes Store from your iOS device or computer. And in any whole-dollar amount between CAN$10 and CAN$50.

Previously, this amount was topped at $100 but now that has been cut in half. When users try to send a custom amount in the ‘Other’ field higher than $50, they are presented with an error message to choose an amount between $10 and $50 instead: 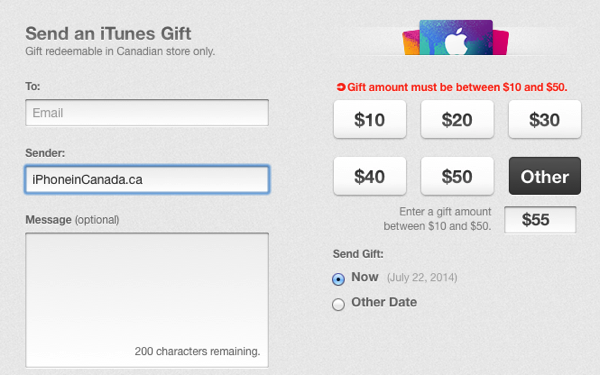 The same goes for sending gifts on an iOS device such as the iPhone: 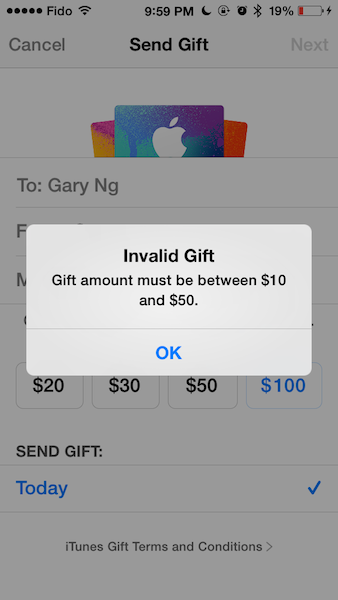 Sending iTunes Gifts in the USA and other locations currently allow amounts up to $100. Not sure why the change was made for Canadians.

iTunes Gifts debuted in the App Store back in December 2012, to allow users to send customized gifts easily from iOS devices and iTunes, instead of having to buy physical gift cards.