Update 2: If you can’t see the ‘Purchases’ link in iTunes on your Mac/PC, make sure you have the setting toggled ON within your iPhone settings for Store (thanks Jeremy!). Previously, the Music tab was unavailable but now it is: 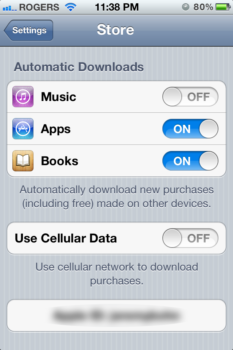 Update 1: iTunes for your Mac/PC now shows a new ‘Purchased’ link in the sidebar as well.

It appears some iPhone users in Canada have started to experience Apple’s rollout of iCloud, set to go live tomorrow along with iOS 5. The iTunes app now shows a ‘Purchases’ tab, along with ‘Alert Tones’. Introduced in June, the ‘Purchases’ tab showed previously downloaded apps on your iPhone.

As seen in the images below, purchased songs now show up for download right to your device (@KyleJDuffield sent us his image on the right). 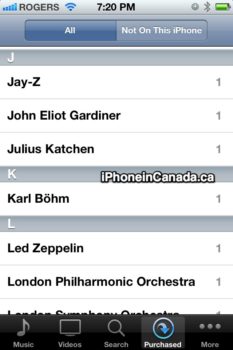 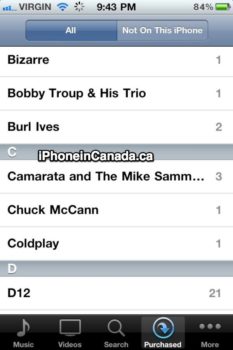 Under the ‘More’ tab, if users tap on ‘Tones’, a new section called ‘Alert Tones’ appears (thanks Tyler!). These alert tones can be purchased to replace the default SMS tones. You can preview tones by tapping once, or double tap for more info. This ‘Darth Vader: I Am Your Father’ alert tone is going to sell like hotcakes: 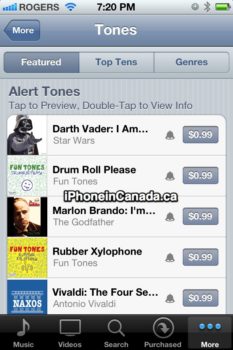 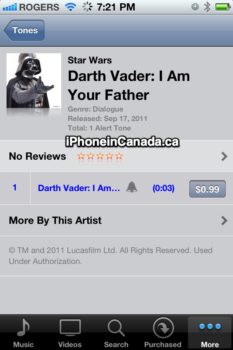 Have you seen these changes appearing on your iPhone yet? Let us know below!