If you’re looking to rent a movie in iTunes in Canada, it appears Apple has quietly introduced a new $6.99 price tier for select new releases. 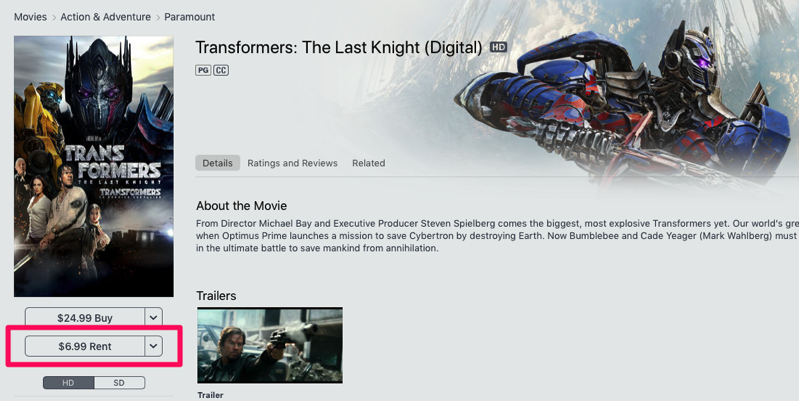 The $6.99 rental price is the same for HD or SD quality, while the purchase price remains at $24.99 for the latest movies. But not all rentals are $6.99, as some remain at $5.99. Older titles are available to rent for $4.99 (like Starship Troopers, baby), while the pricing varies depending on title.

Apple has started listing 4K HDR movies in iTunes, to support the new Apple TV 4K. Rental price increases may reflect a growing 4K library, but at this time, we’re not sure about that. We’ve reached out to Apple for comment and will post an update when we hear back.

Google today announced a major update for the Google Home app that brings a fresh new design, Matter integration, support for both Wear OS and the web, and plenty of new features. The company said it set out to reimagine Google Home because the number of average connected devices per user has gone up from...
Nehal Malik
20 mins ago