Apple Launches ‘iTunes Pass’ in the U.S., Australia and Canada [u]

After launching iTunes Pass in Japan yesterday, Apple has now rolled out the service for customers in the U.S. as first spotted by iPhoneHacks and in Australia, as noted by 9to5Mac. Update: Also live in Canada.

The new service basically lets you refill your iTunes Account at any Apple Retail store, utilizing an iTunes Pass card within Passbook. You tell an Apple Specialist how much you want to fund, fork over the cash and they’ll scan your pass to credit your account.

The service looks to target those who fund their iTunes Accounts with cash instead of credit cards. iTunes Cards are available at most major retailers but if you just happen to be at the Apple Store and want to refill your account in an interactive way, this looks like an interesting (yet somewhat complicated) way to do it.

Given the launch in the U.S. and Australia, the service would most likely launch in Canada soon. But then again, being Canadian you just never know when it comes to the latest things tech-wise (at least we have ketchup chips?).

Update: Looks like iTunes Pass is live in Canada, as users have been able to create a card and add it to Passbook, as we can confirm in the screenshots below (thanks Drew and Paul S.): 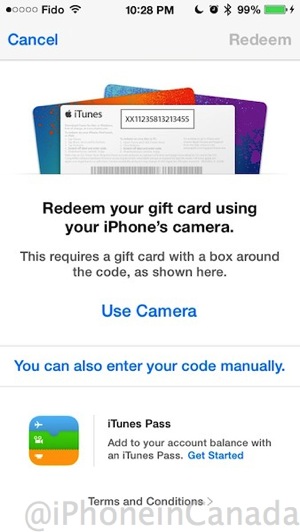 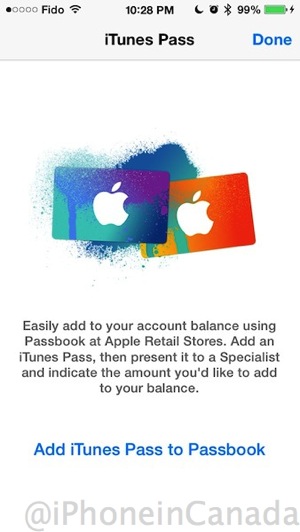 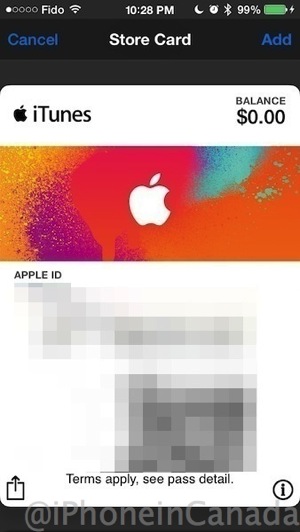 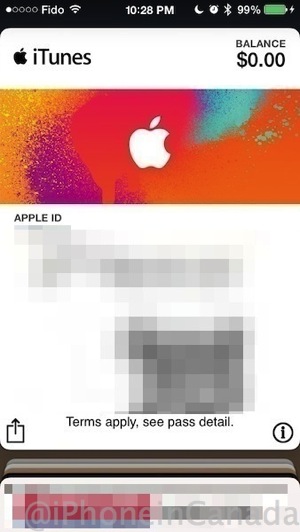 Just open the App Store, tap ‘Redeem’ and then follow the prompts to add the iTunes Pass to Passbook. Let us know if you’re able to refill your iTunes Account with this the next time you visit a retail store!