Many of you have let us know iTunes has suffered some downtime as people have been unable to download purchases from the App Store, Mac App Store, iTunes Store and iBookstore.

Looking at Apple’s Services, Stores and iCloud page, the company has acknowledged there are issues with these stores at the moment, along with iTunes in the Cloud, iTunes Match and Backup as well. The outages appeared to have started just after 8AM PDT. 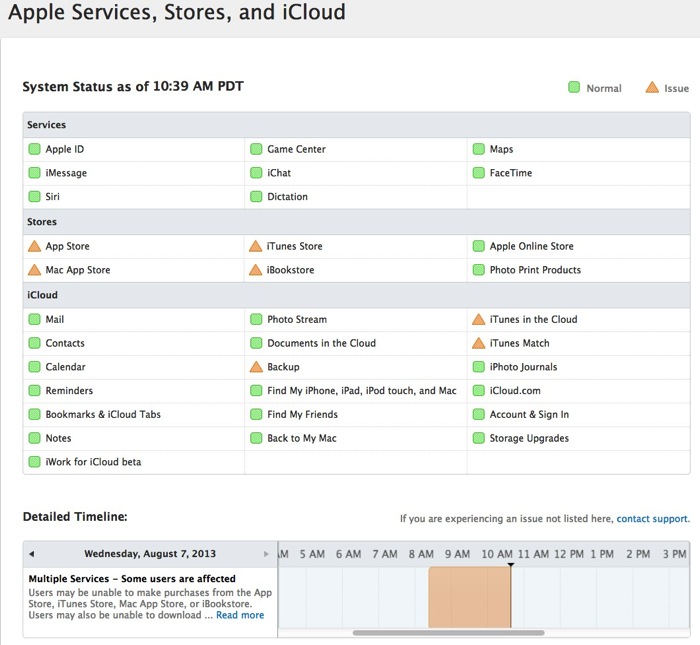 Are you currently affected by these outages?

Update: Everything is now back online according to the status page.