iTunes to merge with Safari? 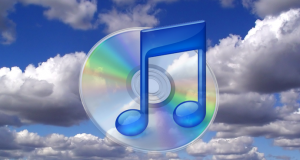 An interesting article from our friends at 9to5Mac surmising that with the purchase of Lala coupled with Apple’s new North Carolina data centre facility, we could see our venerable iTunes replaced with Safari!?

Then I got to thinking: iTunes is basically a browser now, a front-end for your iTunes library safely stored on your hard drive. Integrating an iTunes-like interface onto Safari and getting rid of some of the bloat might be useful. Especially if iTunes become cloud-based, as the rumours that are flying fast and furious with the Lala purchase, seem to want you to believe. So an “iTunes” tab that always runs and super-easy access to the App store, iTunes store and more. Better yet, as long as you are running Safari you potentially could access your iTunes library from any browser, anywhere.

Then easy access to iTunes thru your iOS Safari. Suddenly your iPhone, iPad or iPod Touch has full access to your digital library. Hmmm…

I still have lots of questions but it certainly has some merits. Something I will continue to think about.

More importantly, what do you think?

[caption id="attachment_365768" align="aligncenter" width="1000"] Image: DuckDuckGo[/caption] Privacy-focused web browser DuckDuckGo has announced that its third-party tracker loading protection will now also work against Microsoft tracking scripts on third-party websites — reports The Verge. Advertising services use trackers to follow users across websites and profile them. These user profiles are then used to serve interest-based and...
Nehal Malik
50 mins ago