Netherlands designer Martin Hajek has been busy designing iWatch concepts and recently uploaded images of how he thinks a smart watch from Apple could integrate with Apple or Google Maps.

The images below depict Hajek’s latest iWatch concept as an extension of a Maps running on an iPhone, noting arrows and distance to travel for turn-by-turn directions. Check out the images below and tell us what you think: 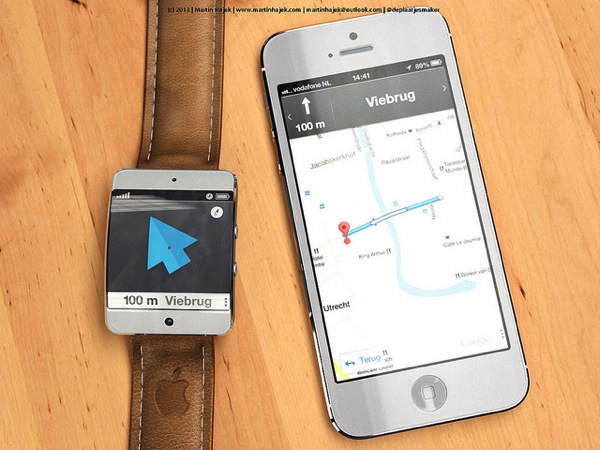 Hajek’s iWatch concept envisions chamfered edges from the iPhone 5 and the Lightning connector on the side of the curved glass screen: 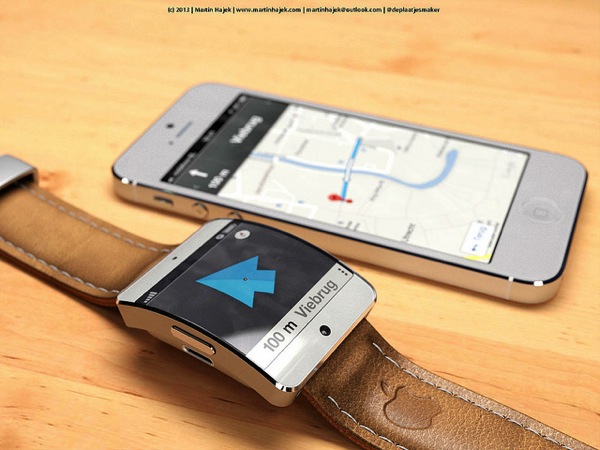 Just the other day KGI Securities analyst Ming-Chi Kuo released a report citing Apple’s rumoured smart watch could debut in 2014, instead of this year.

You can check out the rest of the gallery over at Hajek’s Flickr page.