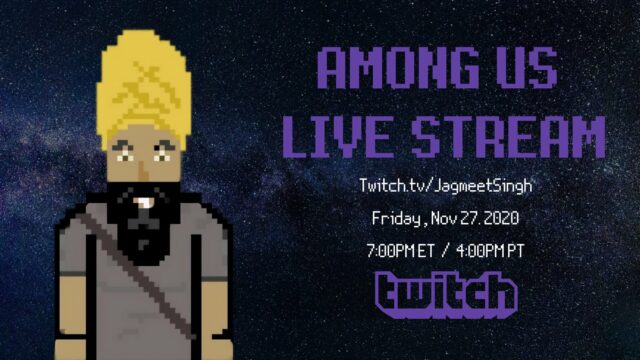 NDP leader Jagmeet Singh will be streaming Among Us on his Twitch channel today at 7 PM ET/4 PM ET. Singh will also be joined by various guests including US House Representative Alexandria Ocasio-Cortez.

This week, popular streamer Ryan Letourneau made an open invitation to Singh via Twitter to join him and play the popular multiplayer game Among Us on Twitch. Singh quickly accepted and formally made a call to action for AOC to join the game as well.

It didn’t take long before AOC confirmed her participation. Among Us can be played with upwards of 10 players. The only other player confirmed for the stream is popular content creator HasanAbi.

Canadian Members of Parliament & US Members of Congress venting each other into space. What could go wrong?

AOC is no strangers to Among Us. Last month, she streamed the game with a variety of Twitch streamers including Pokimane, DrLupo, and Minnesota congresswoman Ilhan Omar. AOC streamed the game to encourage viewers to get out and vote during the US election. This stream was considered a success, peaking at 435,000 viewers.

For tonight’s stream, viewers can head over to Singh’s Twitch channel. Singh also encouraged those who hope to watch to RSVP on the NDP website.

Among Us can be downloaded on iOS and Android for free. A PC version of the game can be installed via Steam for $5.69 CAD.