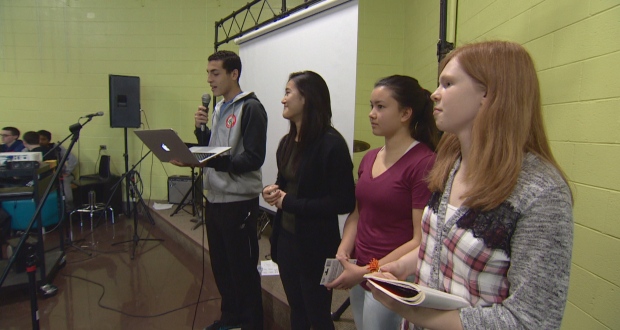 According to a new report from CBC News, students attending Jasper Place High School in Edmonton are trying to break a hard addiction by trying to shelve their use of smartphones in the classroom for at least one week.

The students are taking part in a Technology Abstinence Challenge, which is running from April 18-27. As a part of the challenge, students are being asked to leave phones in their lockers or at the front of the classroom. Grade 12 student Erin Watchman said:

“I feel like students now, they’re kind of addicted to their phones. They reach for it out of habit. Hopefully, this challenge will help them realize what is wrong with it.”

The school conducted a simple survey and found that the majority of students admit to being distracted and over 60 percent want to change that behavior.

Students get a checkmark from the teacher for every class where they leave their phones behind. By doing this, their names are then put into a draw to win prizes, such as gift certificates to restaurants and what’s being dubbed “get into nature prizes” from sports stores. All of the prizes are encouraging students to go outside and be active.

The grand prize at the end of the challenge is ironically an iPad. The reward, staff and students say, is for learning how to manage the omnipresent technology.