In an exclusive interview with Variety Magazine, Jennifer Aniston has talked about her forthcoming Apple TV+ comedy-drama ‘The Morning Show,’ in which she plays a veteran anchor in a lead role and is also an executive producer on the series along with Reese Witherspoon.

The plot of the show revolves around the cutthroat world of morning TV, with Aniston finding herself in the spotlight after her famous male colleague Steve Carell is fired over sexual misconduct allegations. 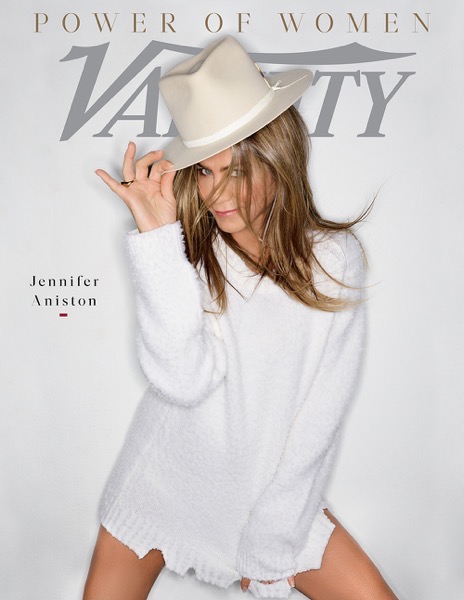 While speaking to Variety, Aniston talked about her new TV role and how it was influenced by Me Too. Below are a few interesting Q&As from the interview:

What was it like producing “The Morning Show” before Me Too became a national movement?

The show got picked up. We sold it to Apple with an outline. Then, about four months later, the whole s— hit the fan and, basically, we had to start from scratch.

There’s a scene where Mitch’s wife leaves him to go to the Hamptons that reminded me of Lauer.

Yes, sure. Who doesn’t live in the Hamptons on the East Coast? Who isn’t going to go to Amagansett or somewhere fancy for the weekend?

Are all the characters in “The Morning Show” meant to be fictional?

All fictional, but also kind of highlighting aspects of the archetype of a charming narcissist, of a generation of men that didn’t think that was bad behavior. That’s just the way it works. And men are flirts and women are coy and find it flattering. And thankfully, with the sacrifices of these women who have come forward, this isn’t going to happen anymore. It’s wonderful that you’re accountable and you have to check yourself.

Do you think that the Me Too movement has led to permanent change in Hollywood?

Absolutely. I think there’s still room for improvement, but I think that kind of behavior is done. I think people have had the s— scared out of them. It’s also this big pendulum. Everybody has this new playbook and everybody’s trying to figure out what the new rules are.

Did you have any reservations selling “The Morning Show” to Apple?

Yes and no. But I have to say the “no” outweighed the “yes,” because we knew what we were doing — even though they didn’t have walls yet or telephones.

You can read the interview in its entirety at the source page.