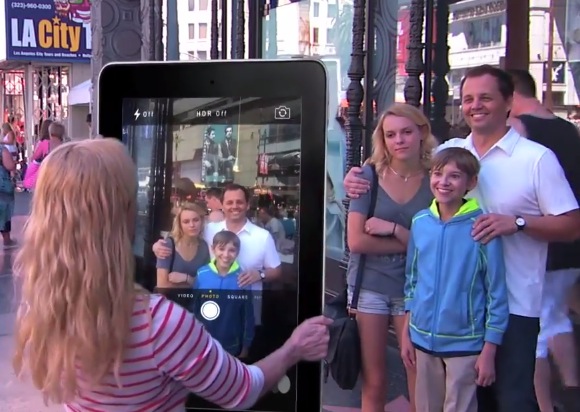 Earlier this week Bloomberg revived rumours that Apple had plans to introduce a new larger 12.9-inch iPad, set to debut sometime in early 2015.

Jimmy Kimmel caught news of this, and took a minute or so to illustrate how people who take pictures with the iPad are going to look even sillier should a larger 12.9-inch model debut. Check it out below:

Kimmel is known to take full advantage of poking fun at Apple users and future products. Back in July, he pranked people on the street by convincing them a $20 Casio watch was Apple’s new ‘iTime’ smart watch.

Apple is expected to debut their new wearable on September 9, to be marketed most likely as an accessory, alongside two new iPhone 6 models.