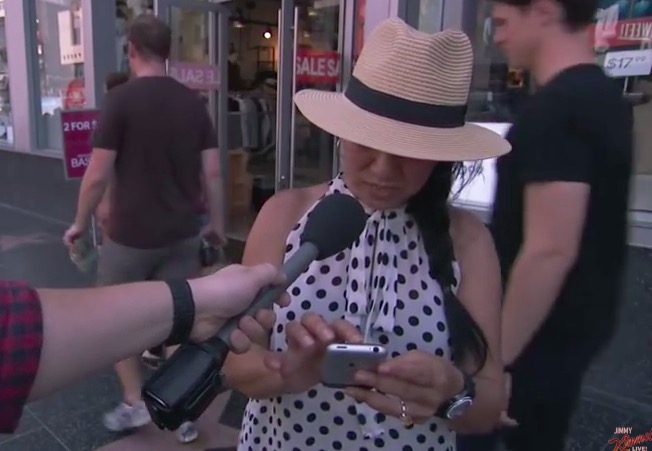 Jimmy Kimmel is notorious for pulling some hilarious pranks on Apple customers. His latest has people on the street told to believe the original iPhone from 2007—is actually the new iPhone 6s:

If there’s one thing we’ve learned it’s that Apple fans always go crazy for the new iPhone. But we have a feeling most people don’t really notice the design changes – they just love the new iPhone because it’s the new iPhone. So as an experiment, we dug an original iPhone from 2007 out of a drawer, handed it to people on the street, and told them it was Apple’s newly unveiled iPhone 6S to see what they’d say.

Check it out below—it’s pretty funny (are these people actors?!):

The best part of the clip is when people are told “if you have the original iPhone, the new one is free.” Please, tell me this clip is fake. I’m not buying it, Jimmy.