Just after dropping out of Reed College in 1973, late Apple CEO and co-founder Steve Jobs filled out a rare  employment questionnaire, which is now being offered for sale in an online auction (via MacRumors). 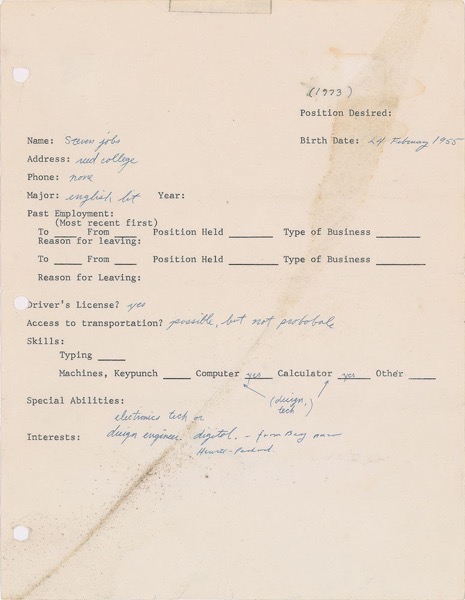 Jobs lists “english lit” as his major, and Reed College as his address, which he attended for roughly six months and then audited classes for another year and a half.

He goes on to note “Computer” and “Calculator” as skills, along with “Design” and “Tech,” and says that he has special abilities that include “Electronics” and digital “Tech or Design Engineer.”

The new auction will begin on February 24 and will end on March 24, It is being hosted by Charterfields, on the instructions of Begbies Traynor and Inquesta, liquidators of Sourcechain Technologies Limited.