John Chen Wants ‘Somebody’ to Make a New BlackBerry-Like Phone

In an interview with Kara Swisher on the latest episode of Recode Decode, Blackberry CEO John Chen expressed desires to see a new version of the BlackBerry Bold 9900, although he does not want to be the one to build it. “I think I should find a hardware partner to do this”, said Chen. 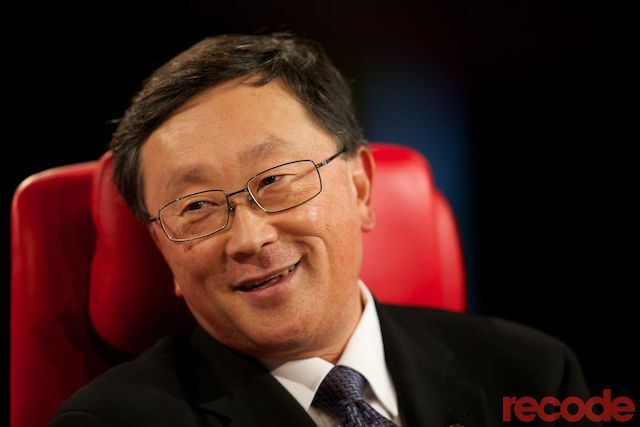 During the interview, Chen highlighted how the company has shifted towards helping enterprise companies secure their devices and creating technology for embedded cars. However, he is intrigued by the idea of a “retro” revival of the device. “You remember the 9900, the Bold?” Chen asks. “It fits right in your palm. I think somebody should make that.”

“I would never say never,” Chen said. “For the foreseeable future, I think our strategy works really well. But I think there might be a need in this world for a phone that is very simple and just focused on secure email, secure texts and a basic browser.”

Following the continued rise of iOS and Android platforms in recent years, BlackBerry hardware sales fell off to a point where the company had to farm out all phones bearing the BlackBerry branding to Chinese company TCL.

You can listen to the latest episode of Recode Decode at this link.