John Sculley Shares Why He Does Not Own An Apple Watch 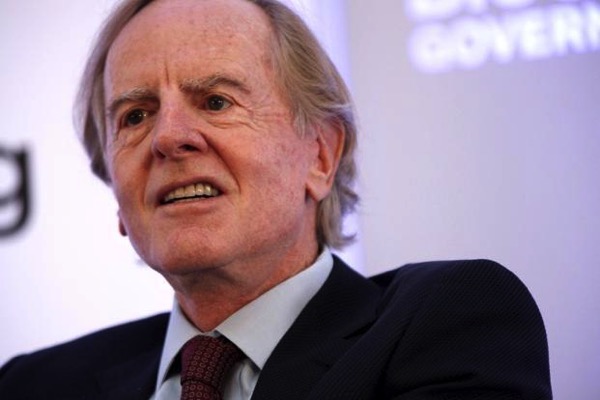 In a recent interview with TheStreet, former Apple CEO John Sculley has shared why he does not yet own an Apple Watch, saying that while the wearable is beautiful, it doesn’t have enough utility to be something that he feels he should have at this point in time. While Sculley, who served as Apple’s CEO from 1983 to 1993, does not own Apple’s smart wearable, he does have a few suggestions on what the product needs.

First, says Sculley, the Apple Watch has to be disconnected from its dependence on the iPhone. “When you go jogging, I don’t want to carry my iPhone and Apple Watch to count the steps — Apple will solve this though, they are good at that kind of stuff.”

Second, Apple should consider tapping into the consumer interest in smart messaging such as Facebook, which lets users quickly message their friends and also serves as a virtual personal assistant that can complete tasks such as booking flights.

Says Sculley, “Whether it’s WeChat or Facebook M, we are starting to see a move to an era where messaging could be an intelligent assistant, and that could be a perfect application for the Apple Watch if they can incorporate it.”

Sculler however remains a loyal Apple user and is particularly fond of the iPad Pro. “I don’t think an Apple lover has to have every product, but the ones I have and use I love,” he said.

You can watch Sculley’s interview at the source page.

As noted by the folks over at MacRumors, the latest iOS 16.1 update brings live sports scores and other real-time activities to iPhone 14 Pro’s Dynamic Island. For those who haven’t upgraded to iOS 16.1 yet, it introduces a new Live Activities feature that allows iPhone users to keep tabs on are happening in real-time,...
Usman Qureshi
4 mins ago

India is pushing smartphone manufacturers to support its proprietary navigation system, Navigation with Indian Constellation (NavIC), on all new smartphones sold in the region by January 2023. However, Apple and other smartphone makers are concerned about the added cost and components of making the change — reports Reuters. NavIC is India's own alternative to the widely...
Nehal Malik
6 mins ago

Netflix has announced it will be making its own ‘world class’ games studio, to be established in Helsinki, Finland, led by Marko Lastikka as the studio director. Amir Rahimi, VP of Game Studios, Netflix, said on Monday this move “is another step in our vision to build a world-class games studio that will bring a variety […]
Gary Ng
58 mins ago